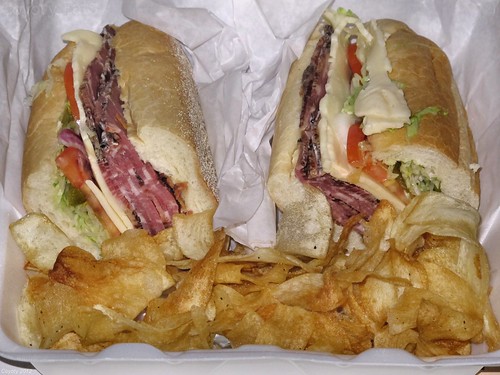 The highlights of this sandwich were the cheese, bacon, and chips.

The cheese was like American cheese with more of a whole milk flavor.

The hunter's bacon was tasty and crunchy, and is described online as halfway between Canadian bacon and regular bacon. I also bought a half pound of it and will probably post about what it's like on its own.

The chips were way better than bagged chips. I should try making my own if that's how fresh-made turns out.