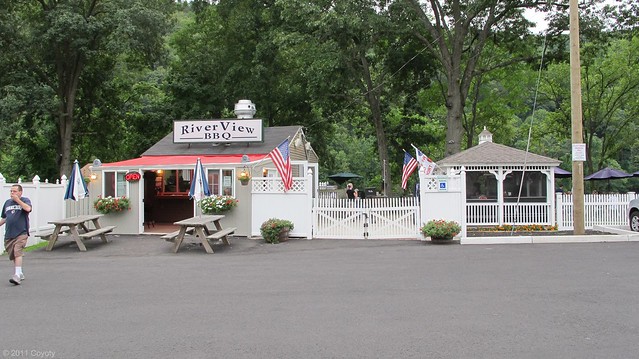 wally_wabbit move into his new apartment.  Afterward, we went to RiverView BBQ in Seymour, CT, on the Naugatuck River.  It looks like a New England seafood shack, but serves some of the best land food you can find north of the Mason-Dixon line. 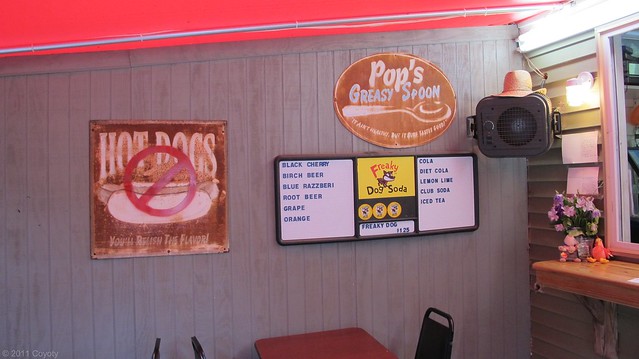 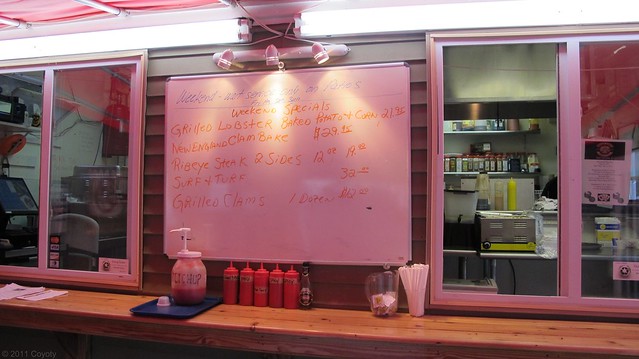 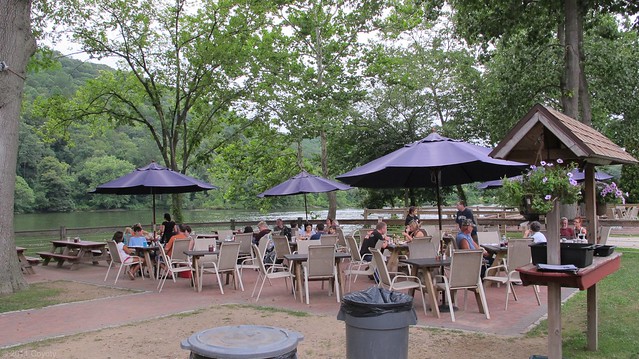 One of the two patios, which are separated by a boat landing. 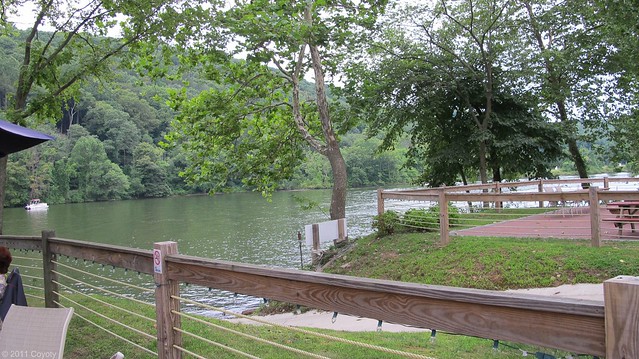 River view from the patio. 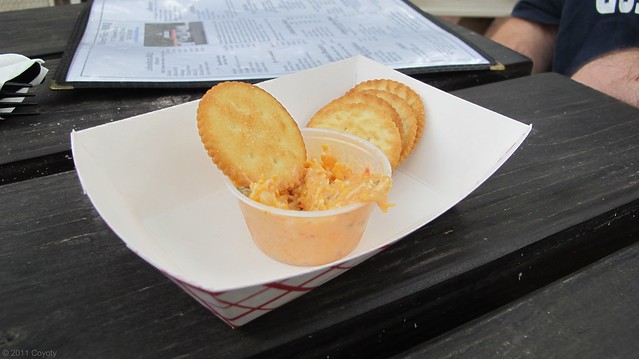 I have no idea what it is. It seemed to be a slaw of some kind. It could be a southern BBQ staple I don't recognize. 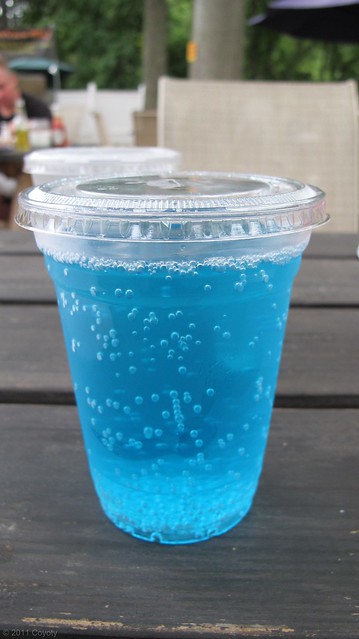 Even an artisan soda maker can't make this flavor any good. 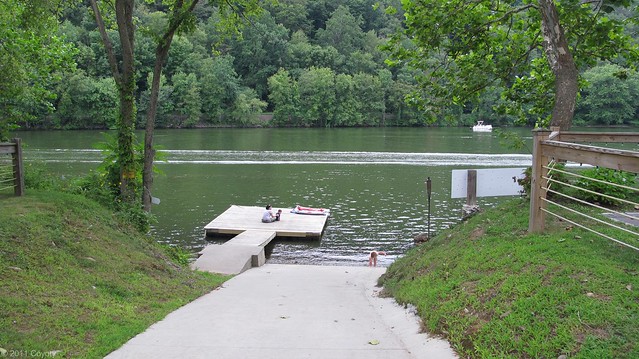 The restaurant serves boaters on the Naugatuck River. They can park their boats on the dock, or launch them from the landing and eat on the river. 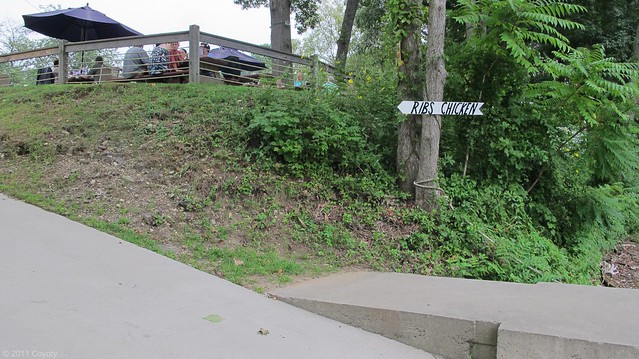 The patio seen from the boat landing. The sign directs boaters to wonderful BBQ. 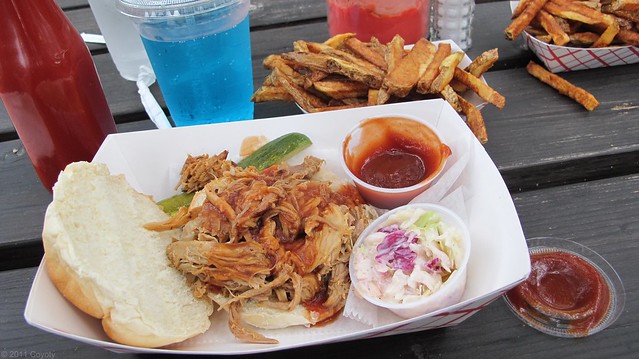 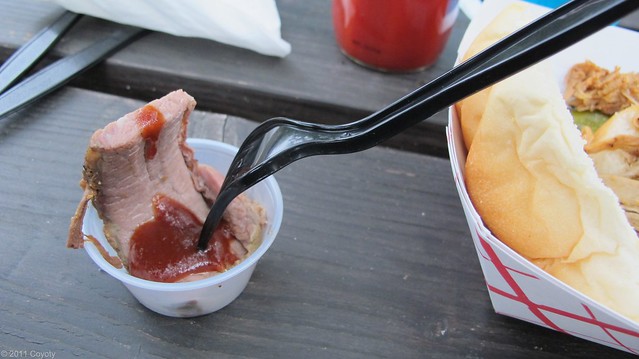 The tenderest brisket I've ever had. Not chewy or tooth-clogging at all.

The restaurant offers free samples of several of their BBQ items, which
is a good strategy. It encourages people to come back for them. I want
to go back for the brisket, and then the ribs, and then the chicken,
and then... 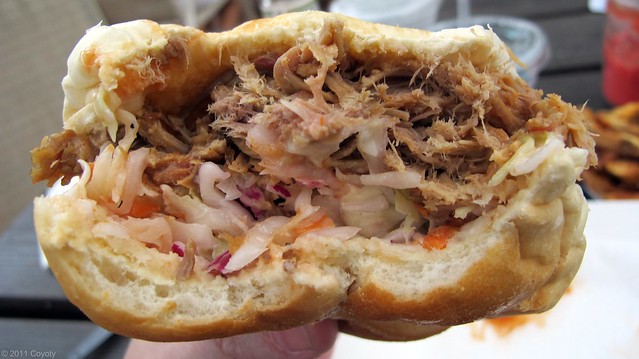 I've recently learned the joys of topping pulled pork sandwiches with cole slaw. This is a joyful sandwich. 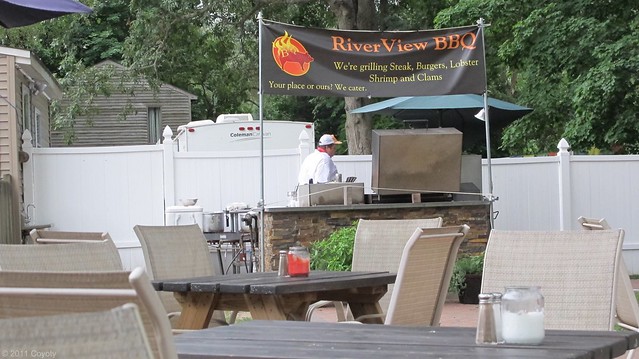 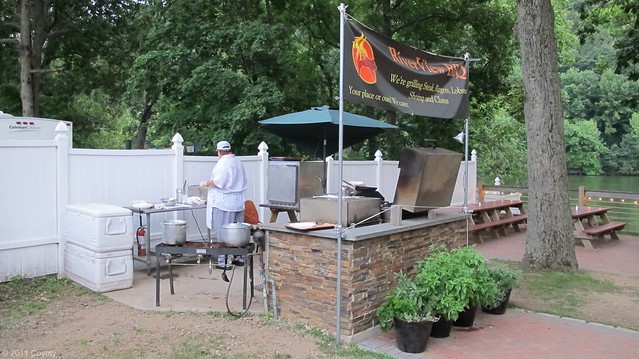 The chef is the very model of a southern BBQ cook. You couldn't get a better match if you'd wished one from a genie. 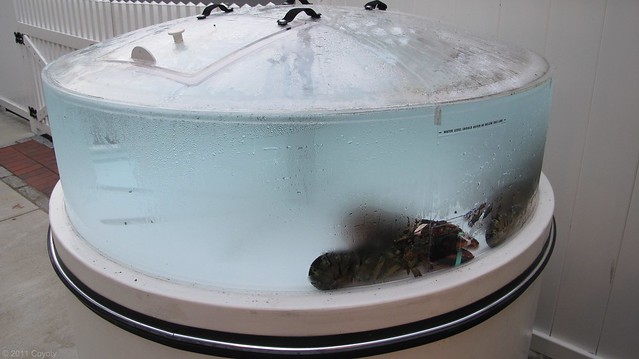 Another thing to go back to them for. They don't give free samples of

barbecued lobster, but I expect it would be worth every penny. The only
pinching should be done by the lobsters.