I went to Pittsburgh again for this year's Anthrocon, and had some good and not so good Pennsylvania road food and Pittsburgh restaurant food... 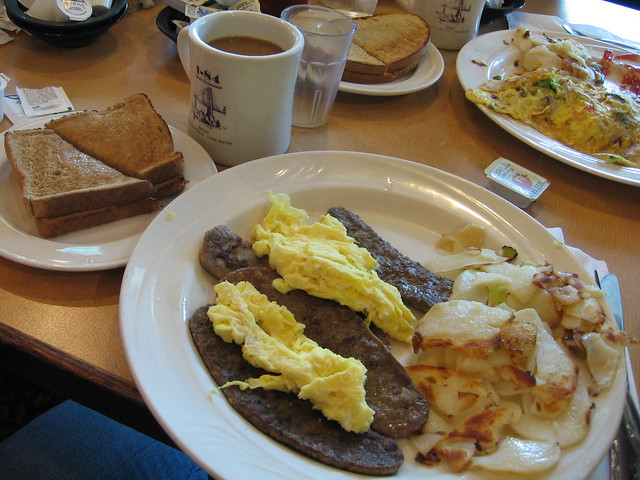 With wheat toast and coffee. From I-84 Diner in Fishkill, NY.
The meat turned out to be preformed strips instead of being carved off a gyro rotisserie. It tasted like TV dinner Salisbury steak instead of real gyro. 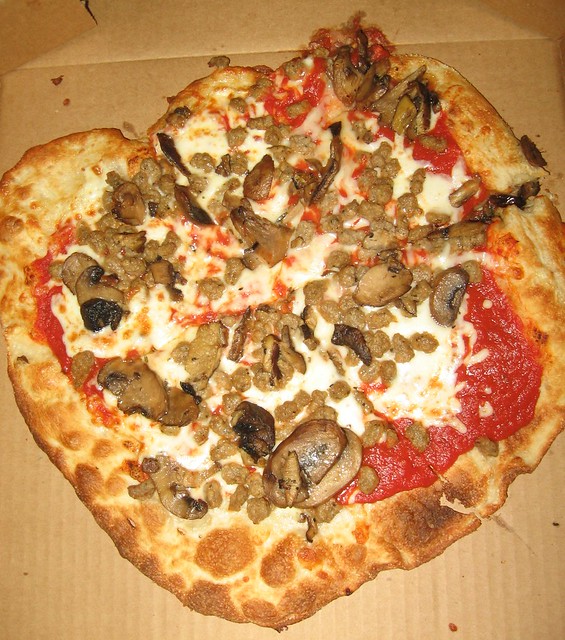 From Paninis and Pizza in the Westin Hotel in Pittsburgh, PA.

I've had better frozen pizza. The sauce was generic and the sausage is the pellet kind you find on cheap frozen pizzas.

From Big Mama's House of Southern Cuisine in Pittsburgh, PA.

Big Mama does great barbecue, but not so great breakfast, which she was only serving during the Anthrocon convention. The hash browns were exceptional, though. 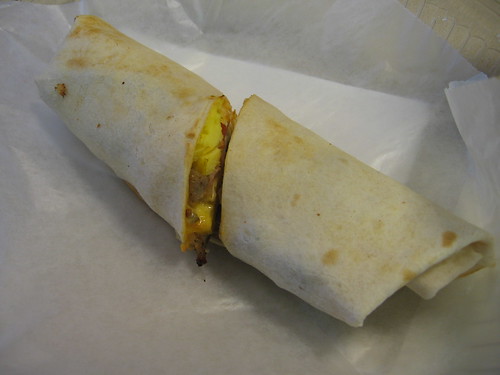 From Fernando's in Pittsburgh, PA. 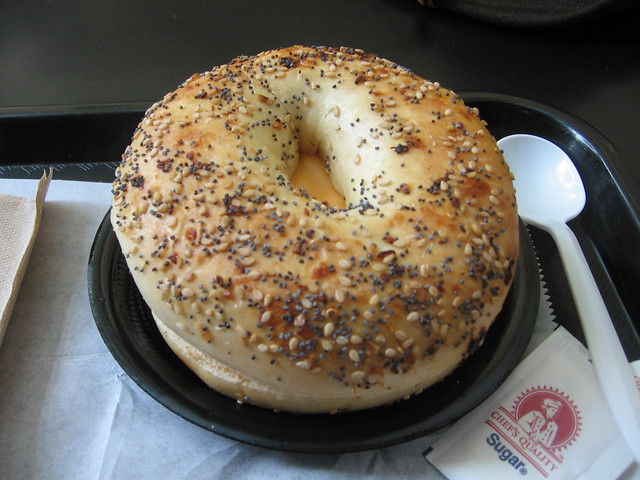 Sausage egg and cheese on an everything bagel

From Brown Bag Deli in the Westin Hotel in Pittsburgh, PA. 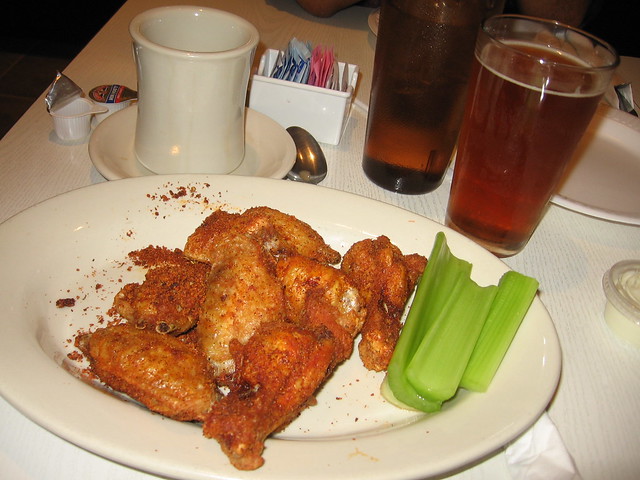 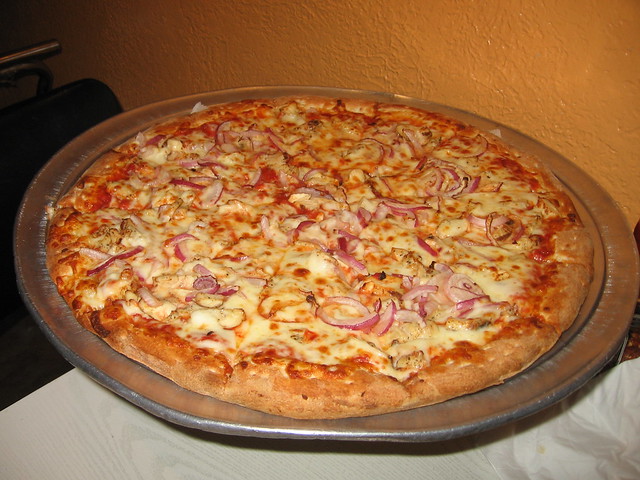 From Cafe Milano in Pittsburgh, PA. 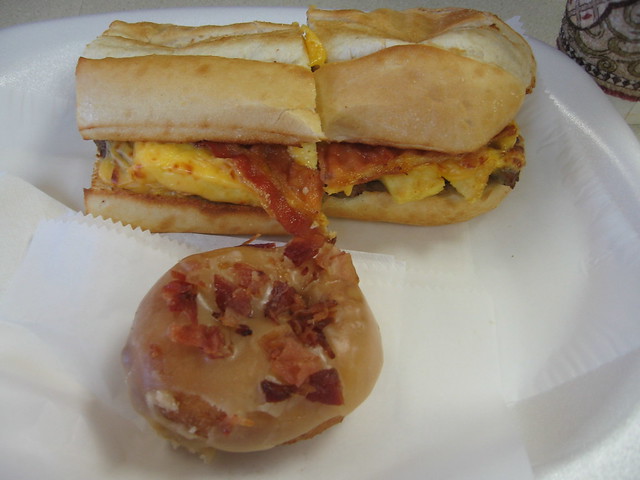 Egg, cheese, sausage, and bacon sub sandwich and a maple glazed doughnut with bacon crumbles. From Fernando's in Pittsburgh, PA. 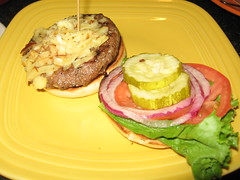 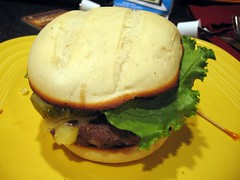 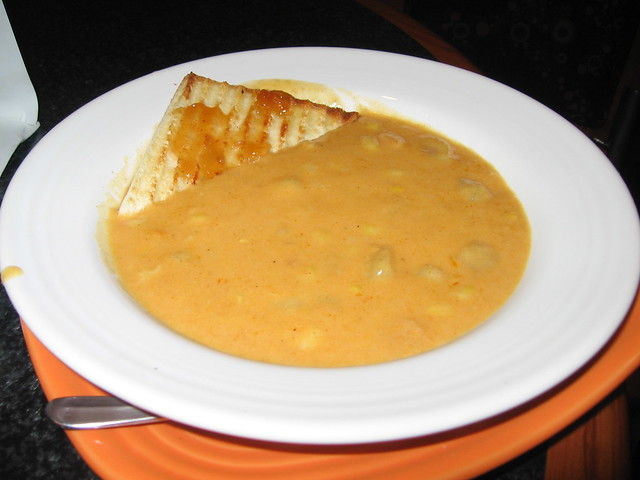 From Sharp Edge in Pittsburgh, PA. 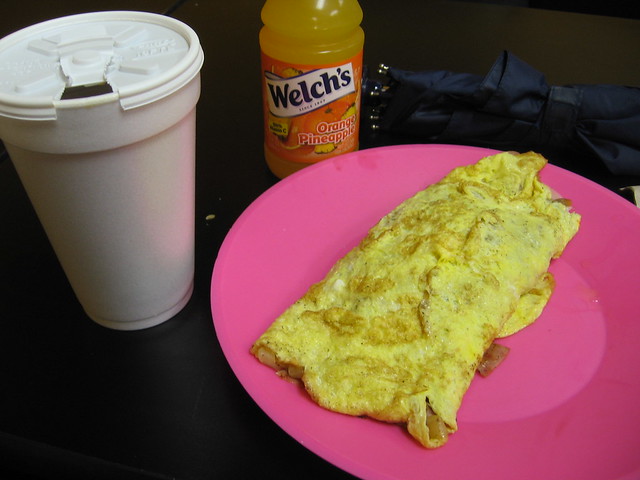 Don't eat there. Unless you like soot from an uncleaned grill in your food. 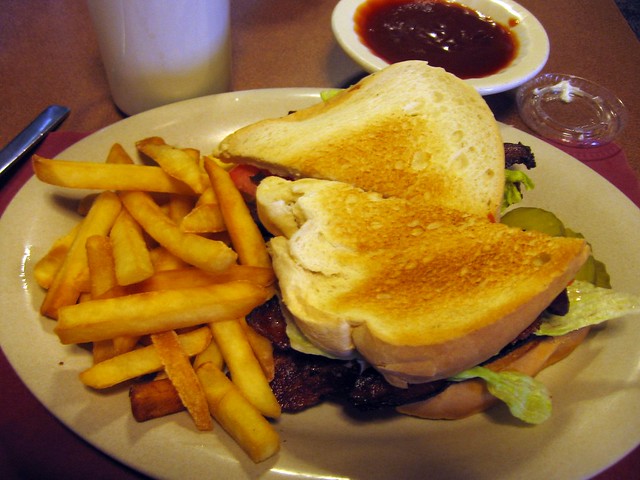 This was real hickory-smoked bacon, not just hickory flavored. They smoke all their own meats, and the bacon had an intense hickory-smoked flavor you can't get from a supermarket. My friends said the ribs and other meats they got from the buffet were very good, too.