From Sonic Drive-In in Bristol, Ct. 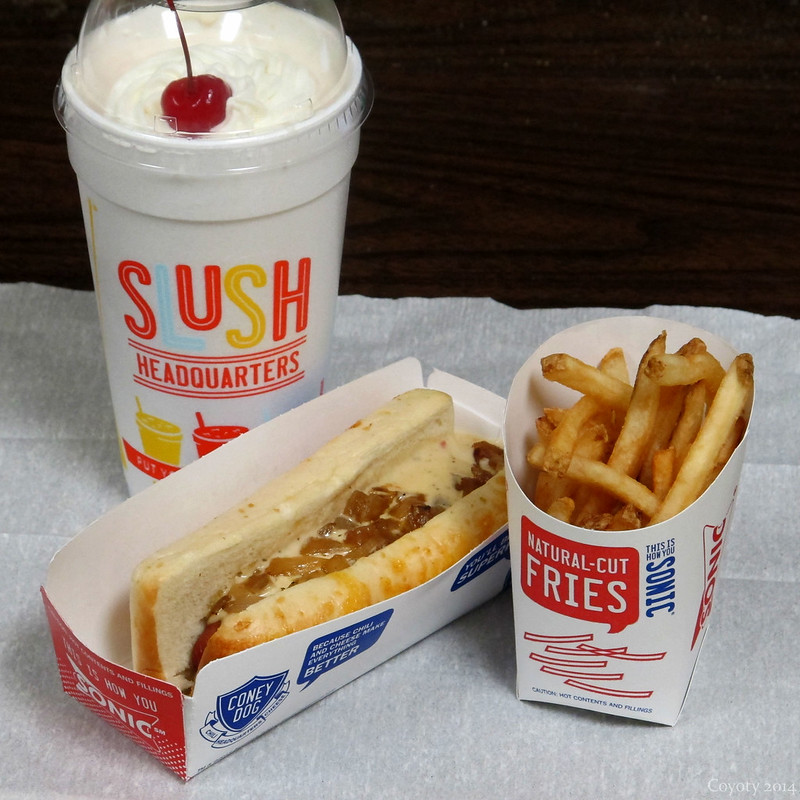 The wienie was weeny. The roll was like bread jerky. The fries apparently were fried a few hours before. The cherry was ultra-Maraschinoed. The shake tasted barely of jalapeno or chocolate. They use syrups for flavor and I guess they use them sparingly. This meal cost $7.30.

The "whipped cream" did not melt. Ever. I rushed to my office so the hot weather and car wouldn't melt the whipped cream, but I had nothing to worry about. After a half-hour of nursing my shake, it still looked "fresh". An hour later and there was little difference. I think it was really whipped emulsifier.

The counter staff disappeared and never came back. Long after I would expect it would take to make my meal, a server on skates came out to the dining area instead of the counter, calling for me, and I had to play Marco Polo with her. She had the wrong shake and had to go back for the right one. The meal was supposed to be to go, but it came out on a tray and I had to ask for a bag.

I would say this experience was sub-Sonic. 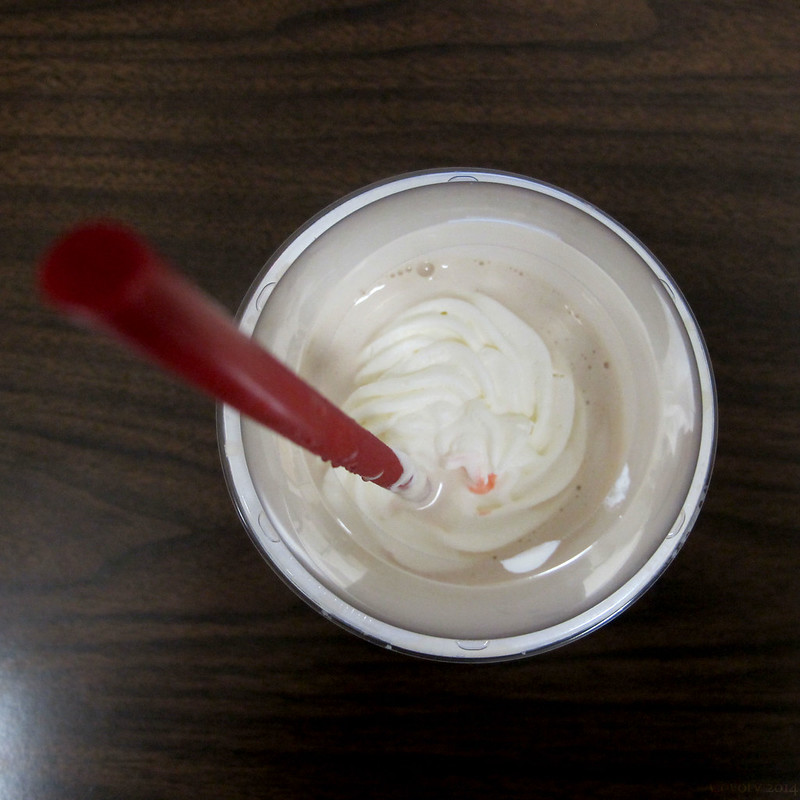