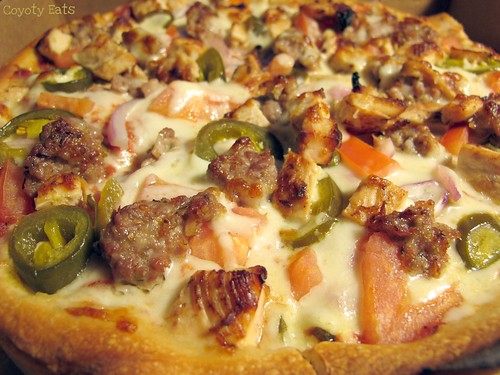 Friday morning I went to the system office to deliver a hard drive, and found the entire place was locked up.  Even though Friday was a floating holiday for most state workers, for this office it was a mandatory holiday, which everyone else had forgotten.  There was no one to let me in.  I got in anyway.

I looked around for a security guard or anyone else to let me in but didn't see anyone, so I left.  As I was leaving, the one person who was working that day in the IT department I was to deliver the drive to drove in.  The one person I needed to meet.  So he let me in and my impossible mission was accomplished.

I wouldn't have been there at that moment if my newspaper wasn't late and I hadn't had to call to cancel it because I couldn't wait for it.

The powers I used for this case were Summon Person (the one I use most often) and apparently Past Manipulation.

That night, at the supermarket, I had a $10 coupon that required a $50 grocery total.  I kept finding random things I like out of place to pad out the things I really needed.  I thought I had enough for the coupon, but at the checkout, I was just under.  Instead of having to go find one more thing, one more random thing I like was already there that someone else didn't want.  Exactly what I needed when I needed it.

Still working on winning the Mega-Millions, but I'm having as much luck with that as Gladstone Gander or Chance Harper.