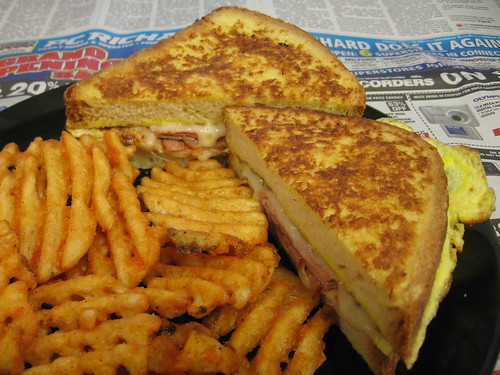 What, no pancakes to go with the French toast and waffles?

I'm not really, but I can be, now that she no longer is.  Molly is, or was, the Seattle cartoonist who founded "Everybody Draw Mohammed Day" to protest the violence provoked by Danish cartoonists five years ago when they drew the prophet and angered Islamic fundamentalists.  She, in turn, has angered Anwar al-Awlaki, a U.S.-born Muslim cleric, now apparently hiding in Yemen, who is considered second only to Osama bin Laden in al Qaeda.  Because he has said she is now a prime target for attack, the FBI has advised her to change her identity because of death threats against her, and she is complying.

One of the commenters to the above article said, "I am Molly Norris."  Let's continue this, and treat Molly as Spartacus.  When bullies and thugs come looking for their prey, get in their way and say, "That's me."  An attack on one is an attack on all, and the odds don't look so good when a lot more than one are saying, "Here I am.  Now come get me." 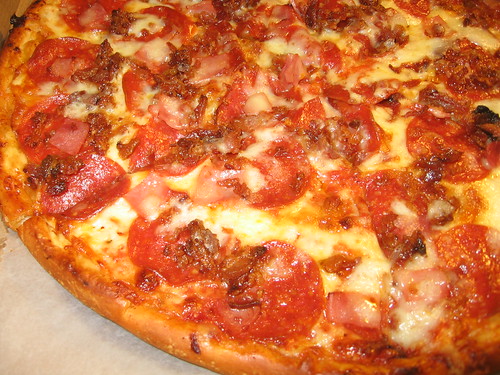 Pepperoni Special with bacon and ham, originally uploaded by Coyoty.

From Windsor Pizza in Hartford, CT.