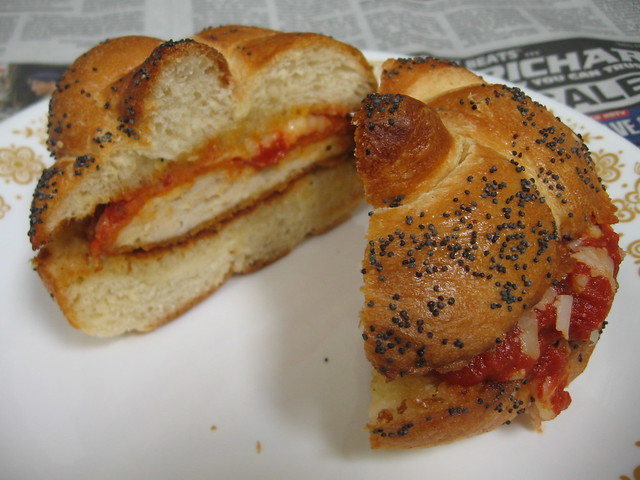 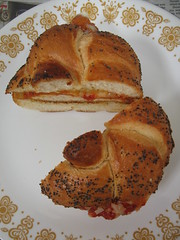 A Cheektowaga, NY man said the cat he had recently adopted was acting badly, so he was going to eat it, according to police.

Police had stopped Gary Korkuc for a traffic violation and they heard meowing from the trunk.  There they found Navarro marinating in a mixture of oil, chili peppers, chili powder, and salt.

Korkuc's stories changed a few times, with him telling the police he had planned to eat the cat, then saying that it was actually pregnant and that the marinade was blood and feces from its miscarrying.  However, the SPCA branch where he'd got the cat said that it was a neutered male, which many now wish to make Korkuc.

The cat was returned to the SPCA, which cleaned him up, and now he has a new owner and a new name, Oliver, which I hope wasn't after the oil.


All I am saying is don't give peas a chance to make you rest in peas.  Eat your food, don't inhale it.