Peter Graves has died at age 83 of apparent natural causes.

At 2:30 a.m. today, a milk tanker lost some of its contents on Milk Lane, Newington, Conn. 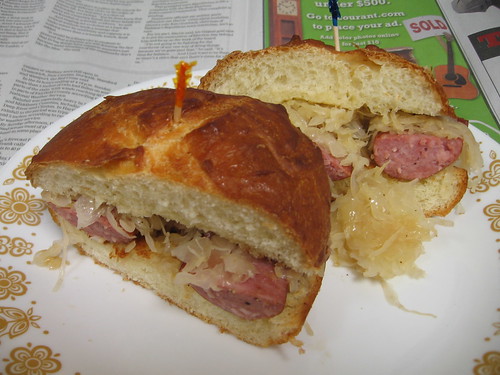 NASA scientists bored 600 feet down into an Antarctic ice sheet about 12 miles inland, expecting to find only microbes at best, but instead were surprised to find higher life forms coming to visit.  From the depths of the ice sheet, a crustacean called an amphipod, which is related to shrimp, swam up to the camera and posed on its tether.  The scientists also brought up a tentacle they think is from a foot-long jellyfish.  They think it's unlikely that the creatures swam there from the ocean because of the distance.  They are encouraged that similar higher-level life may be found in similar extreme conditions on other worlds.

Criminals used to have to worry about leaving fingerprints, and then DNA evidence...  Now they have to worry about leaving their germs.  Researchers at the University of Colorado have developed a forensics system that can identify who has been at a crime scene based on the combination of bacteria they've left behind.  Each person's hands have a unique combination of bacteria strains, and the researchers found that swabs of objects handled by a person will have percentages of bacteria strains close enough to the combination to identify the person.  Washing hands will not thwart identification because the bacteria will repopulate in the same combination.