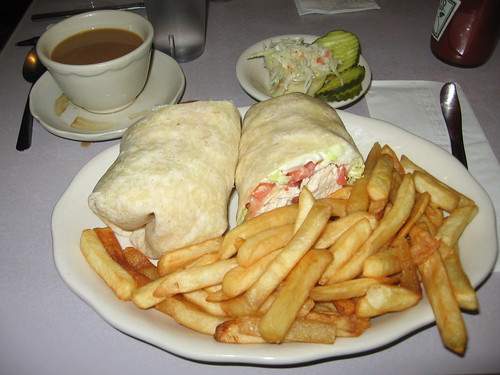 With fries, cole slaw, and coffee. From Town Line Diner in Rocky Hill, CT. Had to be a pound of sliced turkey in it. I had to bring half of it home to eat later.

Stretch Armstrong (the Hasbro toy) will be released as a live-action 3-D movie in April 2011, with Taylor Lautner in the lead role.

The news is reporting that there was a major explosion at a new clean energy plant in Middletown, CT that was just coming online. Two people are dead and 200 or more are injured. Middletown is my home town, and I hope everyone I know there is okay.

UPDATE: The original injury estimate was pretty liberal.  Five people were killed, but only a dozen or so were injured.  There were only about 50 people on the site, but I guess the newscasters expected a lot more.  No one I know was hurt, fortunately, but several people I don't know were, unfortunately.
Collapse