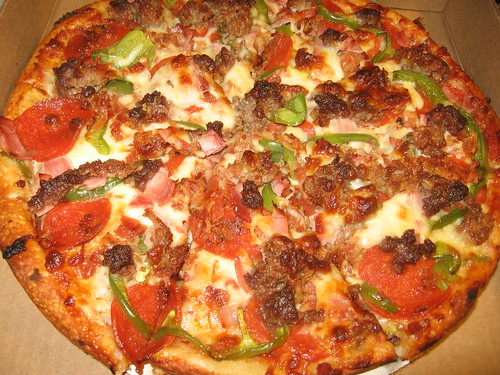 I really liked the hamburger on this pizza. It tasted like good quality pan-fried hamburger, almost like chopped steak. I don't remember hamburger standing out like this on a pizza before.

I went to see The Fantastic Mr. Fox today, and when I got out of the car at the theater parking lot, I discovered that someone had apparently tried to break into my car last night. They had pulled the trimming off the left rear door's windows and tried to pry out the venting window (the little window behind the roll-down window). They didn't succeed, except to break a piece out at the bottom, and they left it partly pulled out. I thought they might have been interrupted and scared away, but when the guy at the glass repair shop looked at it, he said it was more likely that they were trying to steal the window itself because it's a valuable item, and they gave up because they damaged it. Fortunately I have full glass coverage, so I won't have to pay to have it replaced. When I got home, I found the trimming in my parking space, along with a rock they had used.

The movie itself was pretty good, but I'm not sure it's to many Americans' tastes. The humor is in the delivery of the dialog, as well as the antics of the characters, and there's one character, Farmer Bean's son, I think, that reminds me of Aardman Animation's Angry Kid. A lot of it is commentary on human nature as expressed through animals trying to act human but falling back on their own natures, as well as humans falling back on their natures. At one point, everyone stops to contemplate Nature's nature, and how they've lost touch with it by living in a human world. The ending wasn't really an ending; it was more like a punch line that the fight for survival continues. I haven't read the book yet, so I don't know how this compares to it. 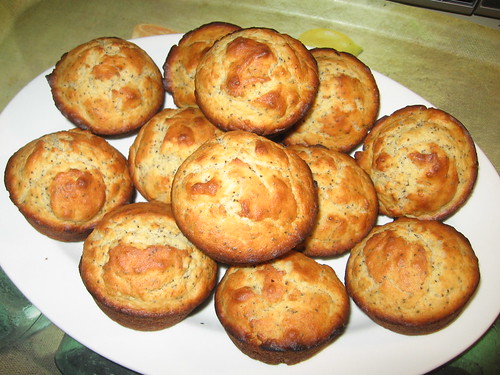