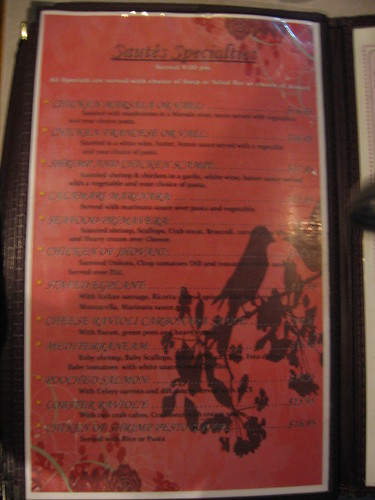 Actually, it was stuffed eggplant, and I forgot to take a picture of it because I was too distracted by the menu it came from. The Town Line Diner just changed its sauteed items page, and while their entire menu has good examples of broken English, this page has a wealth of them. In addition to the "stafed egplant", it has "Mediterraneam", lobster "ravioly" that appears to be made from crab instead of lobster, and "pooched salmon". The stuffed eggplant wasn't that bad, sort of like a Italian sausage lasgna made with eggplant instead of pasta. After dinner, which was at the CT diner meet, one of the attentdees (I forget who) donned a fursuit.